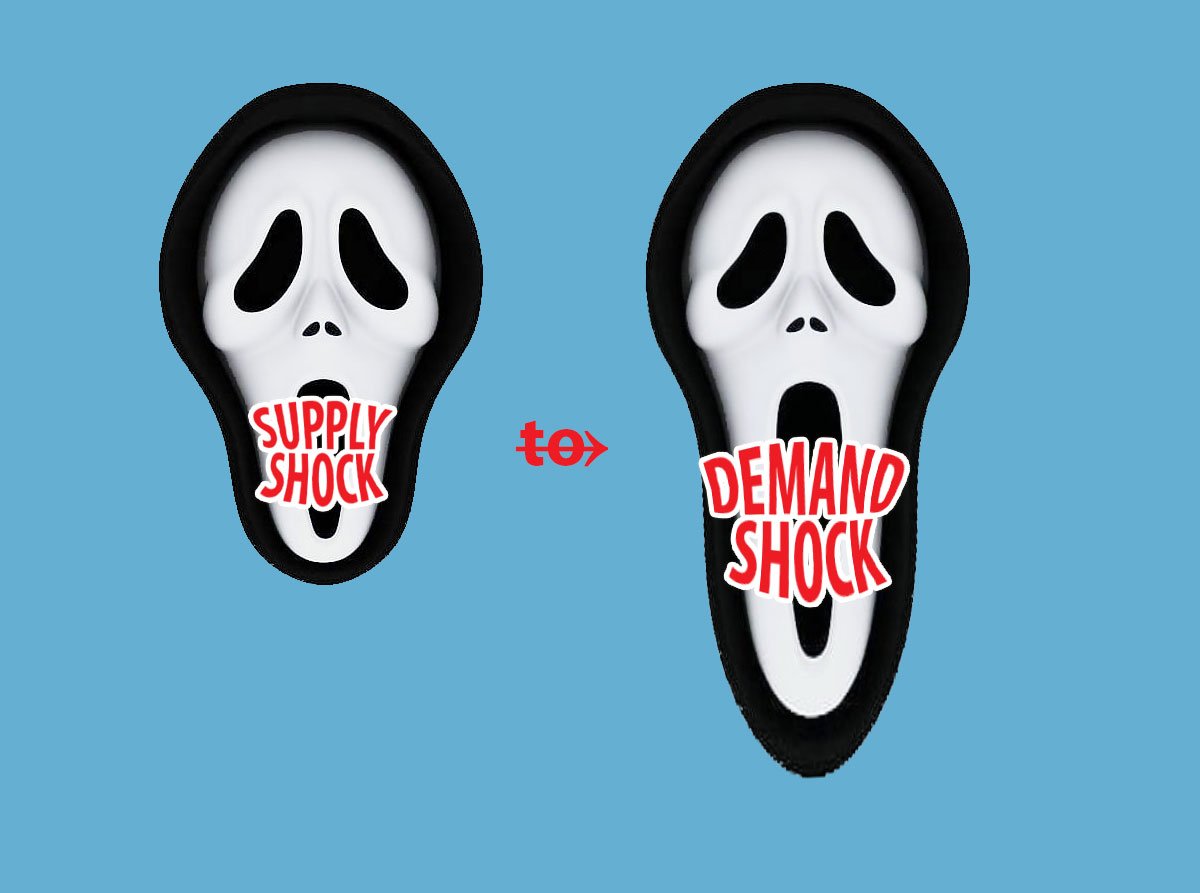 2019 first Quarter was/is a period where every manufacturer is talking about supply chain disruption across the world. With the factory of the world under epidemic and every activity closing for a month, send shock waves to the world who depended on China for their supply chain requirements. The world media was (even now) flooded with a plethora of articles about how the major industries across the world like #Automobile, Electronic, Pharmaceutical, is affected since the sourcing point from Wuhan and then later entire China being hit. Now the second wave of the epidemic has started hitting the other major manufacturing countries like Italy, Germany, France, Spain, and the U.S. The initial Shock or Supply Shock which was expected to last for 2-3 weeks, has taken Godzilla shape and has hit the economies of the entire world. Countries like India which import raw material to the extent of 70% for pharmaceutical manufacturing, electronic industry, automobile industry, which again depends massively on Chinese supplies were hit massively. The shortage of supplies resulted in delays in the manufacturing process in all major industries. 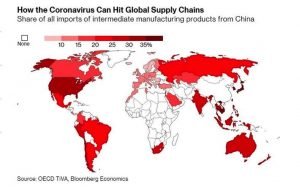 Now that the WHO has declared this as an epidemic and the number of countries which is affected has increased to around 100 countries, the lockdown has become a reality in the top 10 economies of the world. However, some companies are relieved or have started talking about “ Blessings in disguise” of #Supply Shock which resulted in they produce less. Airlines whose induction of new planes is delayed is happy about it, automobile companies who didn’t release new models are having a sigh of relief as there is no one to travel and no one to buy the cars which they would have produced.

In the meanwhile, Exporting countries, other than China experienced a sudden spurt in demand when the lockdown happened in China. In a way, these have given some ray of hope for these countries as the world wanted to reduce their manufacturing dependence on China after the Virus. To an extent, this has started happening with some of the Japanese manufacturers moving to Vietnam, Thailand, etc from China to balance the manufacturing of the future. In the long term, this holds true with every country that will work towards managing the imbalance of supplies. Far East countries like Vietnam, Thailand, Bangladesh Cambodia, India will be the beneficiary. Though this balancing act will start happening during the year, the chance of a mass exodus from China cannot be a reality in the short term due to practical reasons.

Noe the real villain of the story will come to rule to the world, ie #Global recession. The world economy will face a recession soon and world GDP growth will be 1.6% instead of 2.9% in the previous year (source: Rabo Bank Report), Whereas IMF has predicted it might do down to even 1% and this prediction was before the expansion of epidemic to the U.S where they have declared an emergency and also oil price fall. One of the senior bankers based in Washington expressed that bankers are worried whether this expected recession will reach the level of 1928 and that if it settles at 2008 crisis levels, then it will be a blessing.

When there is no travel whether it is air or land, no entertainment activity happening, no tourism, no shops opened and no purchase, very less economic activity happens. The lockdown of the workforce across the world will literally change the consumption pattern. The cash flow or rotation of money depends on all economical activities and when this rotation stops, small to large industries will have to face Demand shock. The Shock coming from No demand due to lack of wages for nor working, not eating out, not traveling, not going for any entertainment activities, is going to be a reality.

From the small vendors of Tea, the taxi driver, the daily wage earners, whom all depend on the daily income to run their home will be the first ones to be affected and they cannot sustain the lockdown beyond a week. This small income group or micro expenses group will immediately stop all their purchases other than basic food purchases. And not to talk about the new generation who spend all their spare money on buying the latest electronic gadgets. All these micro expense groups are the very same nameless people who push the economy. Only a few activities like purchasing a house, travel for holidays can be postponed when normalcy happens, rest will have immediate repercussions.

All the expansion or growth activities across industries will be hit. Right from the software service industry, which is the major one for India who will suffer due to health emergency in a major economy which will result in No travel and no new plans and no new spend. No new construction activity, no new launches of new cars, no new order for aircraft.. the list can be huge.

Once the world moves out of all these phases and comes to normalcy, it can lead to a radical change of world order. Already the #4th Industrial Revolution is something that is widely discussed. Instead of thinking that you will lose the job to a machine who will take over your jobs, the new generation will think about getting on to the job of Robotics and machine learning. It is also said that one of the reasons why Alibaba became hugely successful in China is the SARS virus spread in the past. People got into the habit of ordering online rather than going to the shopping complex and the habit continued. 3D printing will become a major point which can reduce the dependency on any manufacturing countries to a great extent. May be these situations will lead to fast-pacing the economic world movement towards the Fourth industrial revolution.